To AI or not to AI

A friend recently shared this article from “The Verge”, about authors using Artificial Intelligence. I read it out of light curiosity, believing such technology had no connection to me.

It made me incredibly sad and depressed, not least because of the initial description of the woman who needs to finish a new novel every nine weeks because that’s what her readers expect. I admit, this is not new. Years ago I was told by an editor that trying to write a great novel is a waste of a writer’s time. “Publishers no longer want to gamble on a great book that may or may not sell. They want writers who spit out mediocre books at a profitable rate.”

Kudos to this woman for knowing she’s publishing what she calls “potato chip books”, what I’ve called candy mints – a brief flush of pleasure and then forgotten. But she foresees a future where all authors will be more akin to “creative directors,” giving their AI partner high-level instructions and then refining its output.

Sounds to me rather like movie producers who find or buy an idea and then farm the actual development to screenwriters, directors, cameramen, actors. Are novel writers the last holdouts to want to take credit for what they’ve actually done themselves?

But even that is slipping—have you looked at a “James Patterson” novel lately? Danielle Steele? They have armies of people writing up story lines as these authors shout them out. Is the next logical step using AI as your co-author?

Speaking of a particular scene in her book, the interviewee explains, “Like I know we’re going into the lobby, and I know that this lobby is a secret paranormal fish hospital for nyads, but I don’t particularly care what that looks like other than that there’s two big fish tanks with tons of fish and it’s high-end.” So she tells her AI app that, and it gives her 150 words about crystal chandeliers, gold etching, and marble.

“My time is better spent on the important aspects of the mystery and the story than sitting there for ten minutes trying to come up with the description of the lobby.”

Her time is better spent?

I see no concept here of— let alone interest in—the importance of a well-written description for setting mood or plot movement or character development or anything else. So much for craft, let alone skill. She admits that it is less taxing not to have to come up with her own words. But what is being a writer about, if not coming up with your own words?

“Everything’s just a copy of something else,” she says. “The problem is, that’s what readers like.”

A sadly myopic knowledge of her chosen “profession”. That’s what her readers like. Okay, I know and admit that a lot of, say, cozy mystery readers do like recipes in the back and a pet on the cover, with a comfortable formulaic story and nothing taxing. For sci-fi, lots of out-there tech with perhaps a moralistic tale. Or for suspense: shoot and run and save the world. Over and over and over.

Personally, I thank heaven some publishers are still looking for the kind of books I want to read. But for how long? In the future, will I be able to find books that add something to the human experience, or will all publishers start going after the readers who don’t care about anything but instant entertainment that’s forgotten as soon as they pick up the next novel? Will I be able to find a “great” book, a penetrating movie or play? Something that makes me think or imagine or feel? Or will I be laughed at for thinking such things are important? Am I laughed at already?

My own feeling is, most people who would use this sort of technology aren’t writers, maybe not even authors. They’re producers of a product, sales of which they hope will make them a household name, and that will generate bigger sales. And of course, that’s what is really important in today’s world. Influence, fame, sales. Not sharing ideas or concepts that open our minds and challenge our thinking long after the story is over.

Do we know when our meat is not actually meat, but developed in a lab? Who cares? It tastes good. At least until we’re hungry again in fifteen minutes. 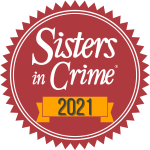